General of the Army Dwight D. Eisenhower once attributed the Allied victory in World War II to four things, one of which was the Jeep. During the war, the U.S. military required a new all-terrain vehicle, capable of transporting both men and materiel. This new vehicle became known as the “Jeep,” although the exact origins of the name are not known for certain. Almost 650,000 Jeeps were produced during World War II. One of the main manufacturers of the Jeep was Willys-Overland Motors, a forerunner of today’s Chrysler Motors. View more pictures of the Jeep in our photo gallery. 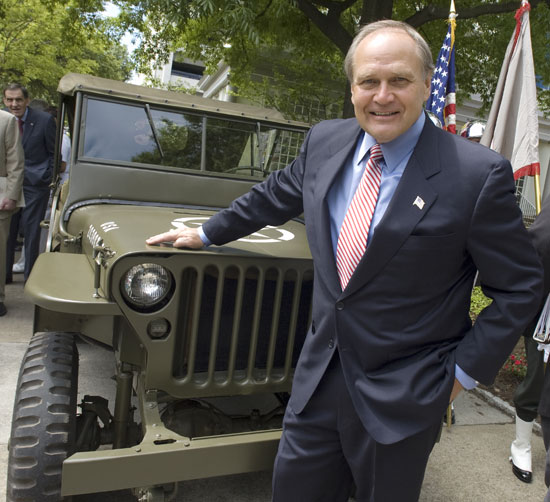