John Cullen Murphy was a revered artist and cartoonist of his time and of today.  He was a historic figure due to his artistry.  He was born in New York City May 3, 1919, and he died at the age of 85 in Greenwich, CT.  Murphy began art classes at the very early age of nine. One summer when he was outside playing baseball he was asked to be a model by artist named Norman Rockwell, who would end up being a great inspiration and mentor to young Murphy.

John Murphy went to many different great educational institutions to study art such as the Phoenix Art Institute and the Art Institute of Chicago. Through his hard work and talent, he went to produce many outstanding illustrations, portraits, cartoons, and sketches that are seen as very influential.

In 1940, John Cullen Murphy entered the United States Army initially in the 7th Regiment of the New York National Guard.  He quickly received a commission as an anti-aircraft artillery officer and rose to the rank of Major.  While in the Army he spent several years in the Pacific during World War II.  Throughout this time he did not stop drawing.  His first cover for Liberty magazine was awarded to him while he was in training. 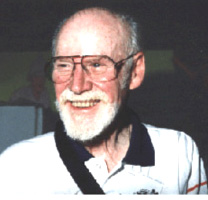 Military Portraits
During his time in the South Pacific he served as an aide to General Richard Marquardt, and there he became a part of the informal staff artist team.  In this position he would draw portraits of General Douglas MacArthur and other notable figures during the war, which were many times published by the Chicago Tribune.  He even made sketches of the various places and people he came in contact with such as his sketches from when he was in New Guinea.

Once he left the Army he concentrated only on his work as an illustrator.  It was at this point of his life where may other great works were created and published abroad.  Murphy’s works were published in Liberty, Columbia, and Sport magazines.

Comic Strips
Two of his well-known comic strips were Prince Valiant and Big Ben Bolt.  Murphy went on to win many different awards, including the National Cartoonist Society’s “Best Story Script” (of which he was a former President) more than any other syndicated cartoonist. John Cullen Murphy is known today as one of the most beloved artists of America’s history. 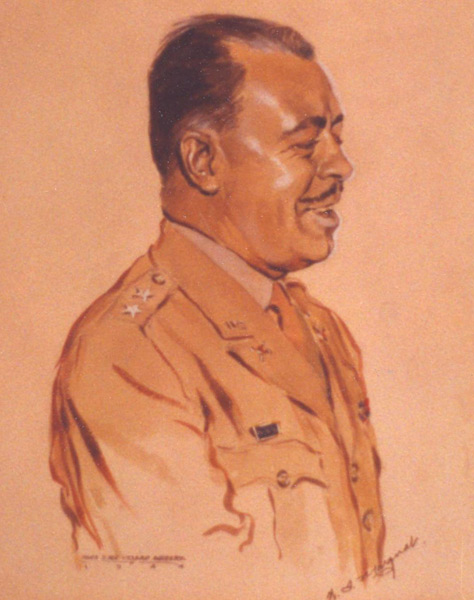 The Memorial Collection
The MacArthur Memorial has a collection of about two dozen original paintings and drawings by John Cullen Murphy, which provide a great glimpse at the war in the Southwest Pacific and also life in Japan during the Allied Occupation as seen through one of the 20th century’s finest artists.

Murphy’s works in the Memorial’s collection run the gamut from portraits of generals to ordinary GIs, from the interior of the MacArthur residence at the American Embassy in Tokyo to homeless Japanese in Tokyo’s train stations.
Murphy was present for the surrender negotiations between the Japanese and Americans in Manila’s City Hall in August 1945 and executed a series of watercolors of the Japanese delegation being ushered into the room.

Many of these drawings were gifts from Murphy to General MacArthur and others were given to the Memorial by the artist for an exhibition of his work in 1985 entitled “Port Moresby to Tokyo: John Cullen Murphy’s War in the Pacific.” 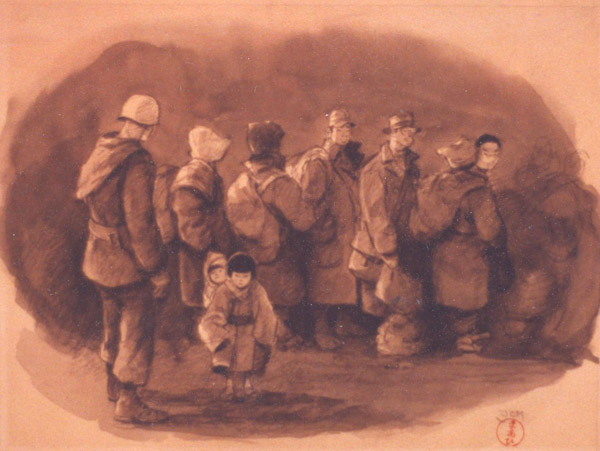 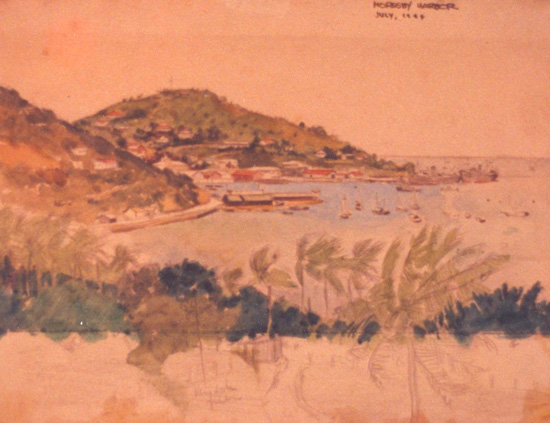