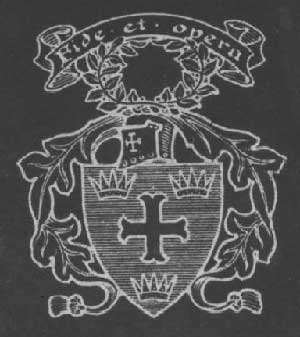 History knows Douglas MacArthur. It also knows his father Arthur MacArthur. Both men earned the Medal of Honor during their long and distinguished military careers. But for most, knowledge of the MacArthurs stops with those two men. There are of course those who remember first-hand General MacArthur’s roles in World War II, the occupation of Japan, and the Korean War; they may remember the General’s wife Jean and their son, Arthur. But history – popular history – records little about the forbears of General of the Army Douglas MacArthur.

Generations: The MacArthur Family will examine the roots of the family of General of the Army Douglas MacArthur, beginning with the MacArthur clan in 14th Century Scotland – the time of Robert the Bruce – and continuing the family line to the present. Generations will open in early November in the special exhibit galleries in the MacArthur Memorial Theatre.

This exhibit will examine not only those ancestors bearing the "MacArthur name," but all aspects of the genealogical tree which form the MacArthur family, including the Hardy family of Norfolk, Virginia, of which the General’s mother, Mary Hardy was a part, and the Belchers, a leading family in Massachusetts into which Gen. MacArthur’s grandfather, Judge Arthur MacArthur, married. In addition, the General’s wife, Jean Faircloth, was from a prominent Southern family from Murfreesboro, Tennessee. Thus the MacArthur family has ancestors which fought on both sides during the Civil War.
Also, based on recent information received from several historians at the Carter House Museum, in Franklin, Tennessee, the identity of the Confederate officer who wounded Arthur MacArthur at the Battle of Franklin, November 30, 1864, will be revealed. In addition, the myths and truths will be separated regarding the death of Arthur MacArthur at the 50th reunion of the 24th Wisconsin Infantry.