Over Here, Over There 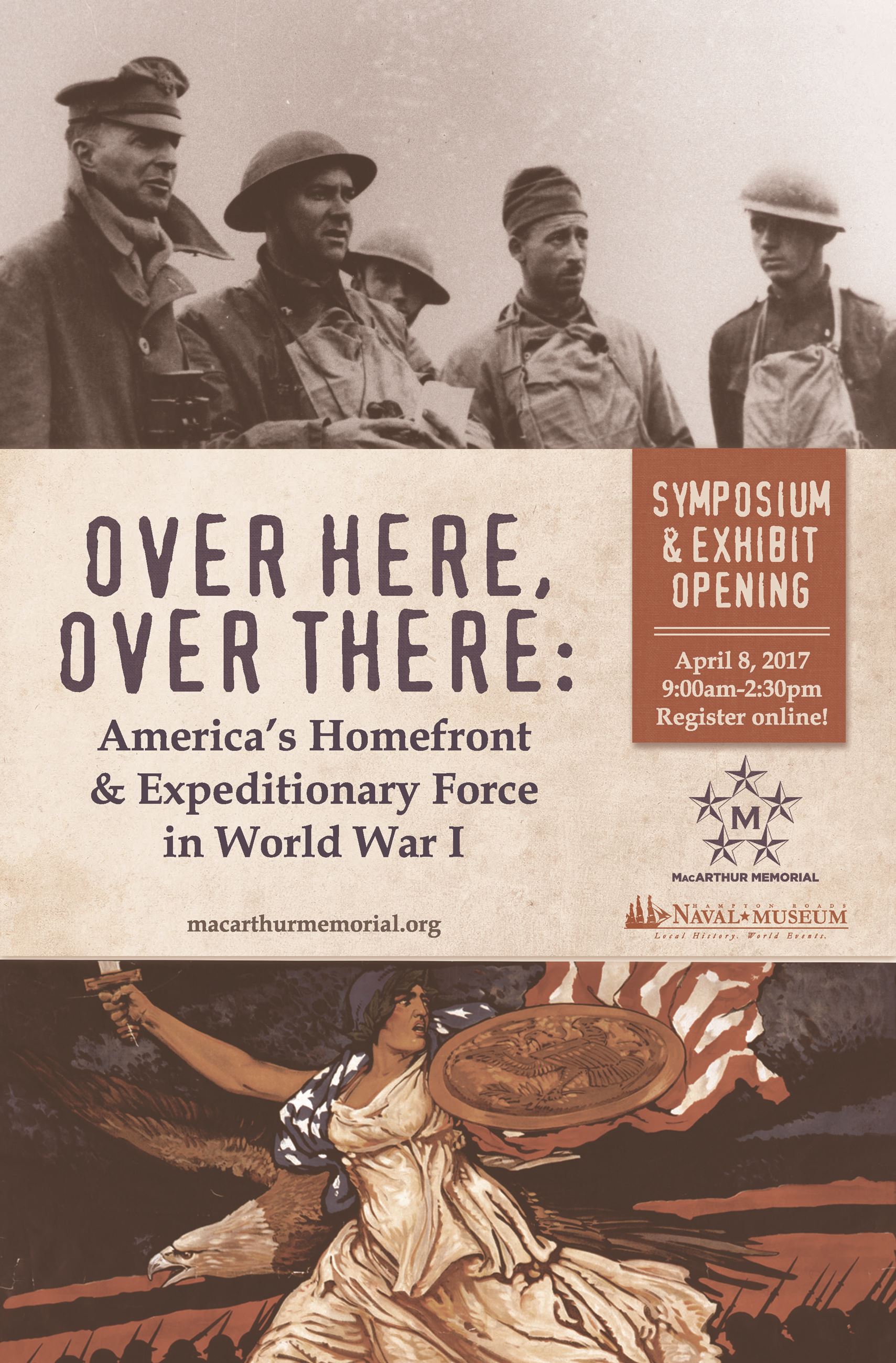 To mark the centennial of U.S. involvement in World War I, on April 8, 2017 the MacArthur Memorial opened a special exhibit entitled Over Here, Over There. This new exhibit explored the causes of the U.S. entry into World War I, wartime propaganda, the social fabric of America, the training of the American Expeditionary Force (A.E.F.) and the major campaigns fought by the A.E.F. The exhibit will also highlight the American homefront, including local efforts in the Hampton Roads area.