Douglas MacArthur II was the son of Captain Arthur MacArthur, USN, who was the brother of General of the Army Douglas MacArthur. He served as U.S. Ambassador to Japan, Belgium, Austria, and Iran during his career.

This collection contains his addresses, speeches and statements, 1957-1995; correspondence as U.S. ambassador; writings of Douglas MacArthur II; and photographs of the MacArthur Family, 1905 to 1997. The collection was donated by the Ambassador’s daughter, Laura MacArthur, of Ottignies, Belgium, June 2006. (3 Hollinger boxes, 1.5 shelf feet) 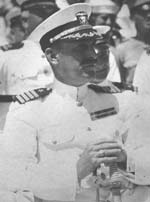 Captain Arthur MacArthur, USN, taken aboard the USS Henderson in 1922.

Captain MacArthur was the brother of Douglas MacArthur and won the Navy Cross for his service in World War I. He died of appendicitis in 1923.

Many MacArthur family photos, some previously unpublished, were included in this donation. 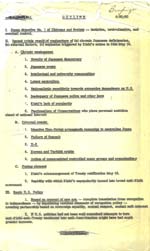 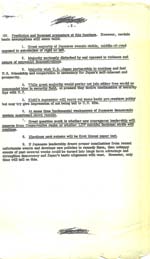 This two page document from June 23, 1960 is an interesting briefing on U.S. Policy toward Japan in 1960.
E-NEWSLETTER
GIFT SHOP
PODCASTS
SCHEDULE TOUR
[]