How did Gen. MacArthur and his papers come to Norfolk, Virginia? How did an Army general come to rest in a Navy town? When then mayor of Norfolk, W. Fred Duckworth approached the General on Nov. 28, 1960, with a proposal to renovate Norfolk’s 1850 courthouse as a memorial to the General as well as a repository for his papers and possessions, he appealed to the General’s family connections to the city.

Gen. MacArthur’s mother, Mary Pinkney Hardy, had long family roots in Norfolk and North Carolina. She was born and grew up on the Riveredge estate located on Berkeley’s South Main St.   Her father, Thomas Asbury Hardy, was a prominent local businessman when he purchased the estate in 1847. Thomas Hardy migrated to Norfolk in 1829 from Currituck, eventually starting several businesses with his brother, William Jarvis Hardy. These included Thomas A. Hardy & Bros. on Water St. (now Waterside Dr.), where they were commission merchants for local truck produce and cotton, a fertilizer business, and a basket and barrel factory on Town Point (near present day Town Point Park). 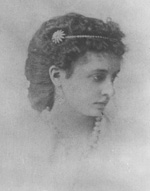 Thomas Hardy married Elizabeth Margaret Pierce on August 3, 1831 and together they had 14 children, including Mary Hardy. On his maternal grandmother’s side, Douglas MacArthur’s ancestors had been residents of Norfolk prior the Revolutionary War.   Elizabeth Pierce’s father, David Pierce, a Norfolk merchant, married her mother, Margaret Martin Pierce, on March 3, 1810.   Margaret Martin Pierce was also the daughter of a Norfolk merchant, Andrew Martin, whose substantial holdings were destroyed when Dunmore torched the city in 1776.

After attempting to recover from his losses during the Revolutionary War, Andrew Martin married Margaret Pierce’s mother, Margaret Mohun, on May 15, 1784.   Margaret Mohun was the daughter of a prosperous Norfolk blacksmith who had emigrated to the colonies prior to the Revolution.   On his maternal grandfather’s side, MacArthur’s Hardy roots went deep in Currituck County, possibly as early as 1695.

Several of MacArthur’s Hardy ancestors, including his grandparents, are buried in Norfolk’s Cedar Grove Cemetery.

When Douglas MacArthur’s parents, Mary Pinkney Hardy and Arthur MacArthur Jr. met in New Orleans in 1875, they knew there might be some dissent about a Southern lady marrying a Yankee veteran of the Union Army.   Arthur MacArthur Jr. was a Captain in the U.S. Army at the time he met Mary.

As time wore on, Riveredge fell into disrepair. Although the home itself could not be saved, a wall was erected at the site enclosing a garden to memorialize the spot.   General MacArthur spoke at its dedication on November 18, 1951.

In responding to Duckworth’s proposal for the memorial General MacArthur was quoted as having said:

As Virginian myself, whose mother came from a long line of Virginians and whose mother and father were married in the present City of Norfolk, I accept as a great honor the invitation of the city to place my papers, decorations, and other mementos of my military service in its perpetual care and keeping

Although MacArthur was actually born in Little Rock, Arkansas, he is quoted in the Ledger Dispatch October 1, 1963 as having interrupted the speaker at a Masonic ceremony in his honor:

It was intended that I should be born in Norfolk, my mother’s home. But my father, being an Army man, was suddenly ordered to Little Rock, Ark. where I was born. But the Norfolk papers were loyal and in the paper’s headline it said Douglas MacArthur was born while his parents were away.

In addition to housing his papers and possessions, MacArthur requested that he and his wife be buried at the Memorial. MacArthur was close to his mother who had accompanied him during much of his career including his years as a cadet as West Point. No doubt he was happy to rest in the city of her family.