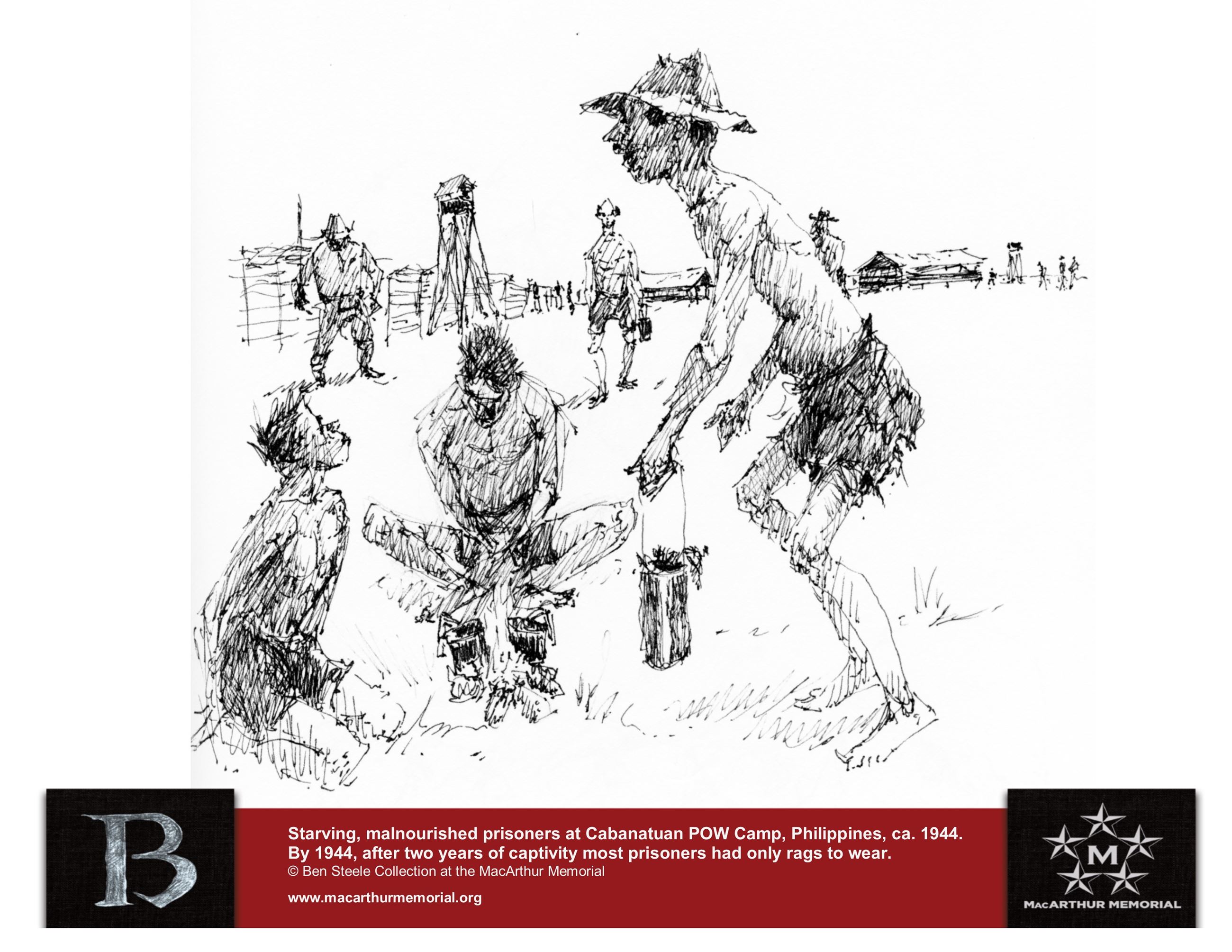 Ben Steele spent the first months of World War II fighting on the Bataan Peninsula in the Philippines.  When American forces on Bataan were surrendered, Steele was one of tens of thousands of American and Filipino troops forced to go on the Bataan Death March.  He spent the next three and a half years as a POW.  During his captivity, he suffered from beriberi, dysentery, pneumonia, blood poisoning, and malaria.  He survived the infamous “death ships” and ultimately ended the war working in a Japanese coal mine about 80 miles from Hiroshima.

After the war, Steele became a critically acclaimed artist of the American West, but the Bataan Death March and the labor camps were never far from his mind. As he came to terms with his POW experience, he began to draw from memory.  Many of these sketches are now preserved at the MacArthur Memorial.

Selected drawings have been turned into a traveling exhibit - perfect for display in classrooms or libraries.  The exhibit comes with a 6 minute introductory film about Ben Steele, a teacher guide, and activities to help students evaluate art as a primary source, understand the geography of the Pacific, and identify types of war crimes.
Currently, this traveling exhibit is available on loan to schools, libraries, or military/government organizations (in VA and NC).  To reserve, contact Amanda Williams at amanda.williams@norfolk.gov or call 757.441.2965.